Another baby pillow, but for a big boy!

Sometimes my lack of follow through on projects means that instead of delivering a gift at a baby shower, I instead deliver it when the baby is three months . . . or almost two years old.  Yikes!  Better late than never I guess!

So, Jackson is the almost-two-year-old in question and he is adorable.  Since he loves dogs and has a cute little blue and green bedroom, I came up with this . . .

I was thinking about going with J. Dog on the side, but wasn’t sure if his parents were ready to explain rap music and all the surrounding terminology . . . According to some pictures I got from his mom, I think he likes it! My first user review! 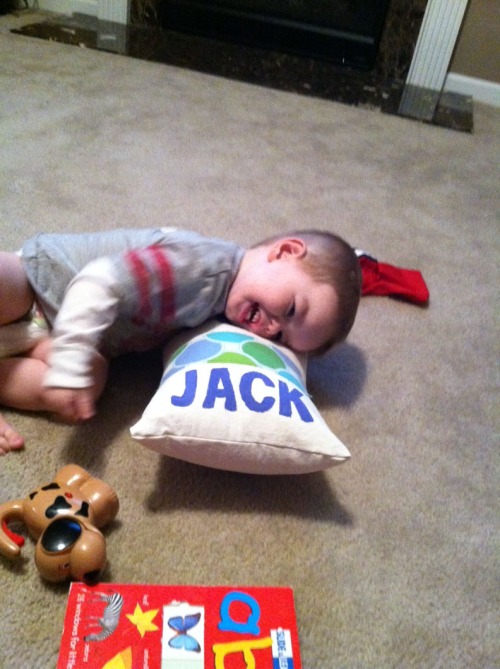 Since JT and I don’t have any toddlers of our own, I didn’t think about the ubiquitous child’s show “Blues Clues” although my little sis sure watched it a whole lot when we were kids . . . and my younger cousin looks suspiciously like the boy/man character.  But Jack apparently caught on right away and got his very own “Blues Clues” customized pillow.  Hope you like it little man. 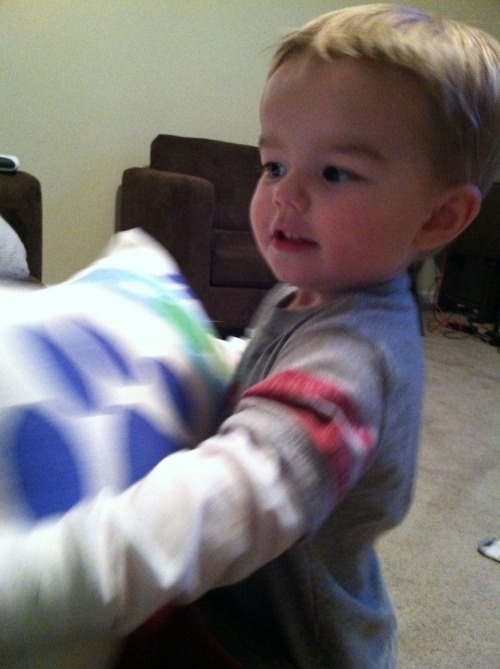 Have a great weekend everyone!  I’m off to finish these baby booties before all these girl babies are born!

This entry was posted in Gifts, Hand Crafted. Bookmark the permalink.

2 responses to “Another baby pillow, but for a big boy!”