Hey everyone — since we found our new thrift store chair, the living room became a mad jumble.  And then I promised more pictures.  I was literally thisclose to doing a post about how all the furniture in our house is all set and now it’s time for me to focus on the artwork . . .

But life never really works out the way you plan it!  Once we had determined in the store that New Chair was a rocker, I knew we would be buying it.  I had seen a sign up front that said all furniture was 50% off.

The big rolling cabinet our TV used to sit on went to Craigslist and met its new owner last night.  That shorter TV stand was donated from my mother.  It’s part of her Danish Modern buys for our house in Wisconsin and had been sitting unused in her basement.  We sprung for some new casters at Home Depot (one had gone missing during the multiple moves this guy has endured over the years.  I should have taken a picture of the remote control that was still stashed in that drawer.  Back to the Future classic.)

Yes I put my ZZ plant in the fireplace.  That fireplace is really starting to bother me. (And also the Target/Aalto-knock off blonde bentwood stool next to New Chair is temporary as well.  More furniture to hunt for!  But if a man’s going to sit in his man chair, he needs a place to set his whiskey.  Or so I’ve been told.) 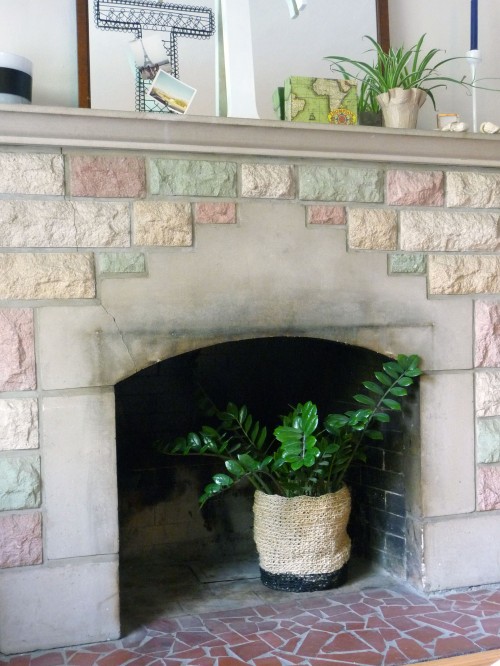 The nice thing about our new chair is not only is the chair seat a rocker but the ottoman has two positions — up like you see in the photo for maximum comfort while sitting in the chair — but also it sits down so a person can sit on just the ottoman.  I’ve got another post in the hopper about what we’ve done to the chair so far (new webbing/strapping and some finish fixes, exciting stuff! Not to worry, there is also a plan for new upholstery in the future.) 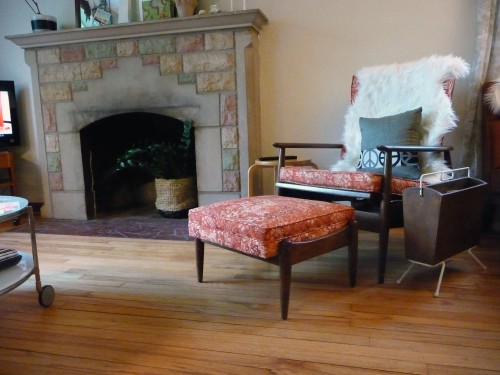 No post of mine would be complete without gratiuitous dog images, so here is what Shenanigan did as soon as we removed the chair cushions to work on the seat.  Quite the princess and the pea, isn’t he? 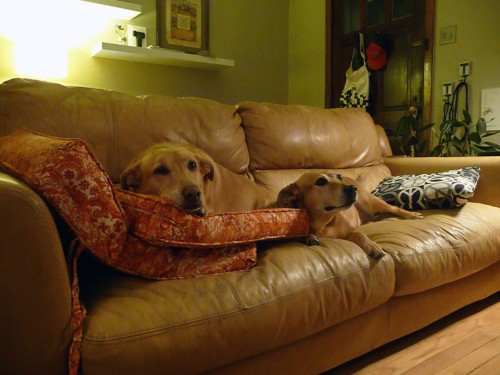 This entry was posted in Around the house, Dogs, Furniture, Thrifting. Bookmark the permalink.