Every plant needs a home

A while back, one of the Stitch N’ Bitch girls brought me a new plant. 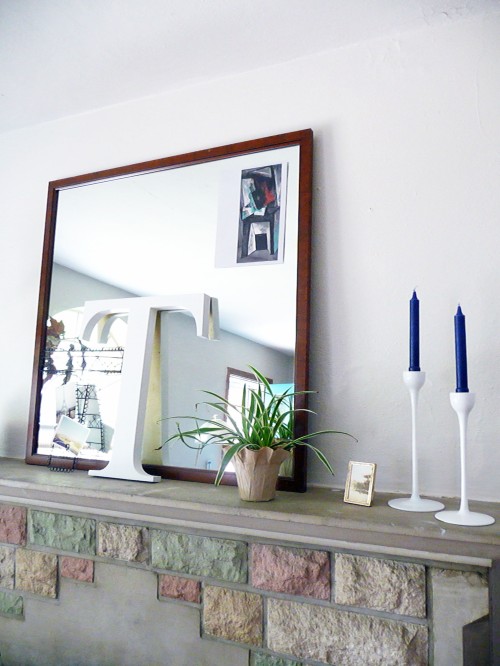 So far, all the other plants have received masculine names but I think this one may be a girl.  I think.  So I’m thinking Joan, like Joan Jett due to the plant’s spiky hair.  Joan’s been living on the mantel for a while now in the paper wrapper and plastic pot she came in.  I decided it was time for something more permanent and wanted it to look nice but didn’t want to spend any money.

I had the following materials on hand that allowed me to make Ms. Joan a new home without spending any money: terracotta pot, white spray paint, hot glue and jute yarn/string (left over from the ZZ plant’s snuggie and Shenanigan’s doorbell). 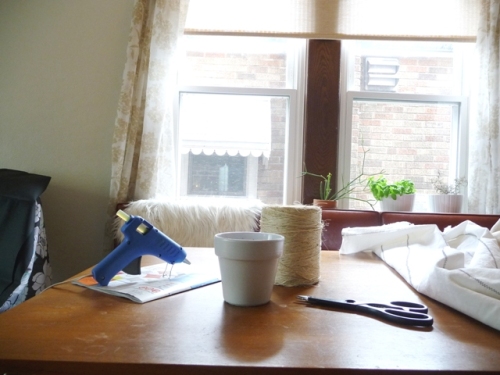 The rest, as they say, is history. 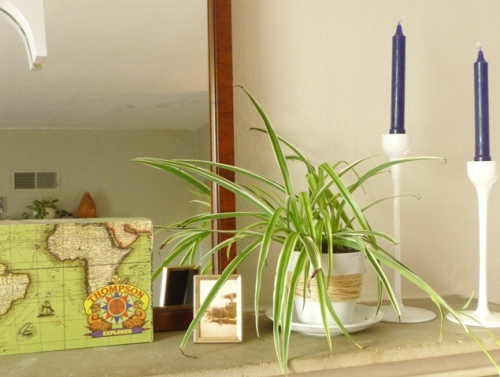 Oh, and I also had a white saucer in the kitchen that wasn’t getting a whole lot of use, so that became the base.  Now Joan’s rocking out permanently on our mantel and she adds a whole bunch of spiky green goodness.

Mainly I’ve been working on the now top-secret bathroom.  It seems to keep jerking me around, first suggesting I do things one way, then the next day recommending something else.  My own indecision is about to make me crazy.  I went out last Saturday and braved the aisles of Target, Hobby Lobby and Hancock Fabrics trying to nail down some of these final details and may have come home even more confused. 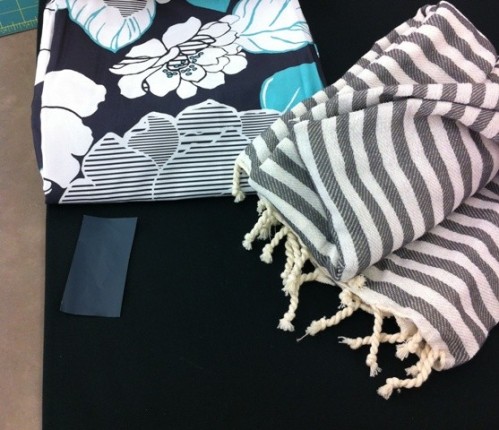 However I didn’t come home empty handed.  These things (above) may (or may not) be making their way into our soon-to-be brand new and improved bathroom!  Well actually we have already tried out the black and white striped Turkish towels and they are really great.  Nice and thin but absorbent and as an added plus – aesthetically pleasing.  Win, win and win.  The towels actually came all the way from Turkey via The Anatolian on Etsy.  Go figure.

Countdown to One Month One Project completion is now at T minus 9 days (or however that works).  And I still haven’t ordered the mirror.  Yikes.

This entry was posted in Around the house, Bathroom. Bookmark the permalink.

4 responses to “Every plant needs a home”